Oleg’s story. How to go to university in Portugal and stay there forever.

Greet all readers of this story! It was recently sent to me by Oleg, a student and future Portuguese citizen who is already making great progress in learning a new culture and language. I’ll keep this story in its original form, but I’ll give some explanations for those who find some of the information new and complicated.

Who in their teenage years hasn’t dreamed of leaving their hometown behind and moving to Moscow or, say, Peter? Probably only those who were lucky enough to be born in them. However, I can’t say that I was unhappy when I was 16 and planned to apply to law schools in Siberia. I would not have been much of a lawyer: I was born with no particular attraction to the humanities. But the profession seemed prestigious and well-paid, so I planned to spend the summer before 10th-grade reading history and social studies textbooks.

And I really would have if it hadn’t been for my dad’s friend Uncle Gianni. He lived in another city and came to visit us very rarely, but he always stayed for a couple of days in the guest room. It so happened that I had nothing to do during those days, so we spent them in purely male company. Uncle Gianni told me some stories from his and Dad’s childhood and then asked about his plans for the future.

My answer, he was surprised, well, how so? The kid likes math; he’s been drawing and messing around with all sorts of constructors since childhood – and suddenly a lawyer? After asking the question like that, I wondered about it myself and somehow got discouraged. I could not imagine myself as a lawyer or prosecutor. It wasn’t that I was stiff, but I imagined a lawyer’s work as a dispute with the prosecution in the courtroom. And this kind of working life was somehow uninspiring.

Uncle Zhenya either didn’t talk much about his work, or I usually didn’t listen. All I knew was that he was an engineer. Suddenly he decided to detail everything he had learned over the last 20 years and what he was doing at work. At first, I thought I didn’t need it, so I wanted to lie about being busy studying. But then I remembered that it was early June. There’s no way around it.

This conversation taught me that engineers aren’t just people who make blueprints for machines, as I thought they were. It turned out to be a much broader and more interesting profession. And with my love of math and physics, it would have been easier for me to master it than cramming all my law books and a bunch of historical dates. And my drawing skills, which I used to think were completely useless, would finally come in handy.

But that wasn’t all. The cherry on the cake was my uncle’s story about how engineers are needed in certain countries in Europe. He shared his impressions from his recent trip to Portugal. It turned out that there are good specialists in this field who are worth their weight in gold. His Portuguese partners complained to Uncle Gena: there are not many good young engineers, although they are very much needed. And then I wondered: what if I could try? After all, I have two years to prepare.

What the Internet Says

I asked my uncle some questions, but he didn’t know anything about going to universities in Portugal: the years were not the right time to think about where to go to study. So he sent me to Google. There I sat for almost twenty-four hours, poring over all the information from the first pages with the proposals “turnkey” to someone’s reasoning in the forums. From everything I could find, I realized:

In general, the Internet painted a perfect picture. If I had not been at his 16, still the skeptic, I probably would have immediately clung to my parents. Our family wasn’t poor, but that wasn’t a reason to throw money away. So I decided first to look for people from Russia or neighboring countries who had succeeded in moving to Portugal. Of course, not all of them wanted to spend precious time instructing a teenager. But a couple of people did respond, which was enough for me.

One girl told me how she studied at a university in Portugal and now works as an English teacher. But Pauline – that’s her name – made no secret of the fact that her parents, who were willing to pay any money for their daughter’s education, helped her. And she preferred Portugal because of the proximity of the warm sea and the beautiful language. However, the nuances of obtaining a visa are the same for everyone, and Pauline’s story helped me a lot.

But it was Pasha who gave me confidence. We still keep in touch with him, because he studied at my university a few years ago, and in general he turned out to be a good guy. Pasha went to college, being just a persistent and determined teenager. Of course, his parents supported him, but they could not help him with his admission. At that moment, I realized: everything is possible. And began my intensive preparation for admission and moved to Europe.

How to go to university in Portugal

It’s worth stating: getting into a university in Portugal is not easy. Many people tune in to a quick application and admission because it seems that a school certificate with good grades is enough. It is also gratifying that all universities do not require a certificate of language skills. The results of an oral interview accept some students. Does that sound reassuring? But only 10 percent of students who qualify for a place at a university actually get it.

The reason is the rush and outdated information on many websites. If you gather all the necessary documents on your own, it’s easy to get confused and not meet deadlines. So turnkey options are pretty good in this regard. You can entrust a specialist with procedures such as certificate equivalency, for example. Behind the scary name hides the usual process of recognition, based on which the commission decides whether the document can be equated to a local school certificate.

There is no baccalaureate program in Portugal. The first level of education after school and special training courses (these are attended mostly by foreigners and those who have not learned the school program well enough) is the Licentiate. To enter it, you need to prepare the documents:

Know why moving to PORTUGAL is a great solution for 2021.

*The material reflects the story of the hero of the article as interpreted by the author; concerning the described methods and processes of obtaining a residence permit – they may not coincide with the actual opinion of the editors of move to cascais in this regard. 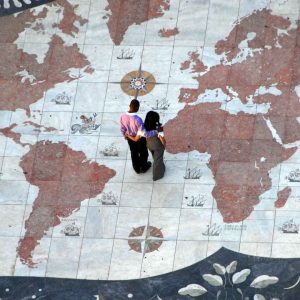 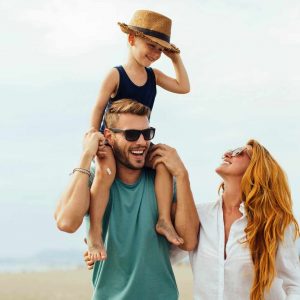 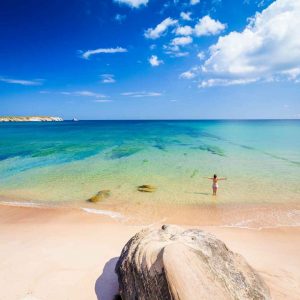